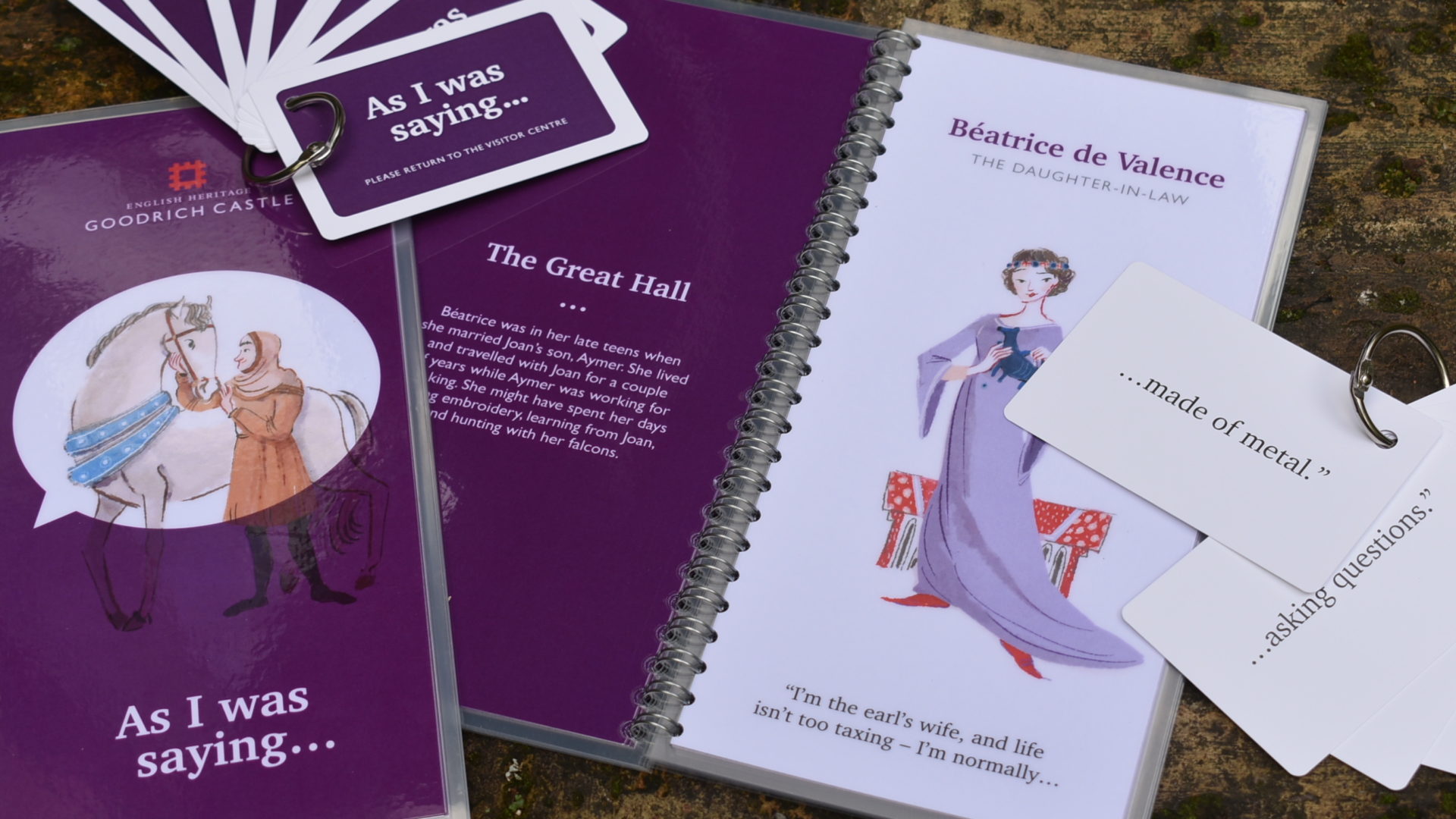 Goodrich Castle is an amazing place – a set of walls and towers and castle fragments that Wordsworth considered the “noblest ruin in Herefordshire”, now cared for by English Heritage.

And in Summer 2018, we made a game for it, to run as part of the castle’s on-site family interpretation. If you visit, you can check it out for free from the visitor centre – something to play while you walk around and explore.

It’s a card game for families and groups to play as they explore the castle, called As I Was Saying. It draws on the real history of the castle, and the people who were there around 1296 and 1297 – from countesses to clerks and coachmen.

It’s very simple to play – part of our aim was that people should be able to pick up the rules quickly, and not have to make a special effort to learn. It was also important to make sure that the physical components were easy to carry – nobody wants to have a deck of cards blown away from them on a castle rooftop – so we ended up with a gameplay structure where each player has their own different set of cards that they keep throughout, bound together as a booklet or even with a metal loop on a lanyard.

At different places in the castle, one player – often a parent – picks a person who lived in the castle and reads out a description of them from a little wire-bound set of illustrations. Then they read out a sentence, something that that person might have said…

Everyone else races through their bundle of cards to find a good way to end the sentence. There’s no single “correct” answer – instead, players can choose between trying to get it right, and just being funny. It’s a format that takes inspiration from flipbooks, Consequences and card games like Apples to Apples, and it’s situated in the real-life castle where those people lived over 800 years ago.

We enlisted researcher Sarah Cole, and worked with her and with English Heritage historians to identify a list of people who lived in the castle, and what they might have done with their day. Iván Gonzalez helped out as well, mostly with additional writing.

The character booklet includes extra information about all the people we featured – what their jobs were, what their daily habits might have been, and how we know. These overviews combine with gorgeous illustrations from Ilaria Urbinati, based carefully on historical references, to help bring the 1290s to life – and of course, being in an actual castle doesn’t hurt.